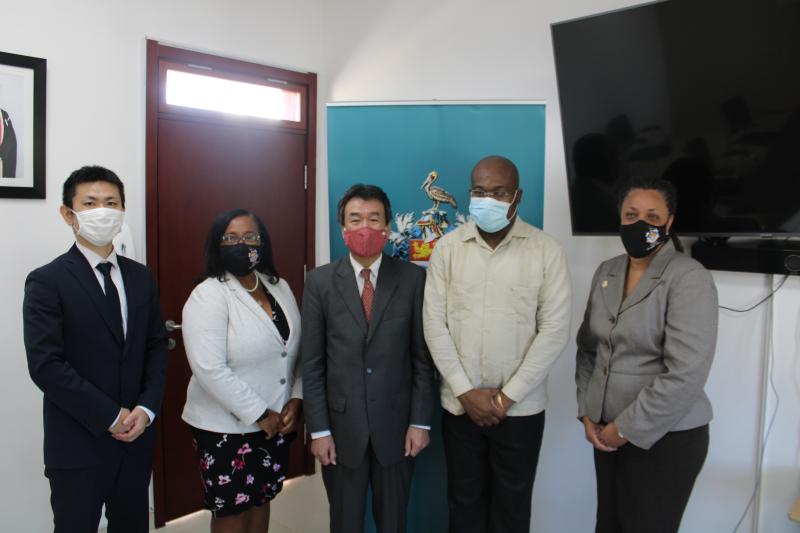 The UWI Five Islands welcomes Japanese Ambassador to its campus

Ambassador Hirayama thanked Professor Williams for the welcome to the newest UWI campus. He noted that it was through the discussions with Minister Hon. Chet Greene and the Ministry of Foreign Affairs of Antigua and Barbuda that this visit was arranged.

Ambassador Hirayama and Professor Williams held discussions on collaboration with Japanese institutions as well as the Five Islands use of current Japanese cooperation programmes. Following the discussions, Ambassador Hirayama toured the campus and visited various buildings including the Simulation lab at the School of Health and Behavioural Sciences.

Ranked among the top universities in the world, by the most reputable ranking agency, Times Higher Education, The UWI is the only Caribbean-based university to make the prestigious lists. In 2020, it earned ‘Triple 1st’ rankings—topping the Caribbean; and in the top in the tables for Latin America and the Caribbean, and global Golden Age universities (between 50 and 80 years old). The UWI is also featured among the top universities on THE’s Impact Rankings for its response to the world’s biggest concerns, outlined in the 17 United Nations Sustainable Development Goals (SDGs), including Good Health and Wellbeing; Gender Equality and Climate Action.

For more, visit www.uwi.edu. (Please note that the proper name of the university is The University of the West Indies, inclusive of the “The”, hence The UWI.)