Statement on the passing of Dr. the Hon. Richard L. Bernal 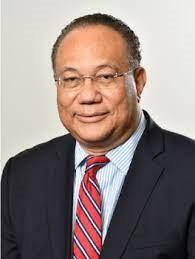 The UWI Regional Headquarters, Jamaica W.I. Thursday, January 5, 2023. —The following statement is issued by Professor Sir Hilary Beckles, Vice-Chancellor of The University of the West Indies on behalf of the university community, on the passing of Professor of Practice, Ambassador Dr the Hon. Richard L. Bernal, OJ.

His distinguished career included dedicated service to The UWI in various capacities, among them, academic in the Department of Economics and the Institute for Social and Economic Research, the first Pro Vice-Chancellor for Global Affairs, and up to the time of his passing, Professor of Practice within the Sir Arthur Lewis Institute of Social and Economic Studies and Research Fellow at the P.J. Patterson Centre for Africa-Caribbean Advocacy.

Professor of Practice, the Honourable Richard Bernal was a quintessential product of The University of the West Indies.

He was instinctively a regionalist and dedicated his considerable academic research and publishing to the regional development agenda. He was an outstanding scholar who committed his extensive internationally accumulated knowledge to the business of crafting the progressive Caribbean consciousness. He was a public advocate of the social justice principle and contributed to the democratization of the postcolonial culture. He was a skilled and effective teacher and enjoyed the art of academic communication.  He was a kind and reasonable colleague who believed in the values of the academy and was keen to participate in their consolidation. He was a friend to many university leaders and offered sound advice over several decades.

On his retirement from national service within the diplomatic realm, it was my honour to invite him back into the university community where he facilitated the development of the global agenda, and the Reputation Revolution which was being launched.

The UWI embraced and empowered him to the end. May his soul rest in peace.